Local businesses, Needham Chalks and Alliance Technical Laboratories Ltd, have been acquired by Bishop’s Stortford based Harlow Agricultural Merchants.The Needham Chalks business along with its quarries, have been sold to Harlow Agricultural Merchants (known to many as HAM) in an asset deal.  HAM also acquired all the shares in Alliance Technical Laboratories Ltd (ATLL).  Both companies were previously owned by the same family group.  The deal was facilitated by Peter Watson and Robert Fiske of Burwell based corporate brokers, Prism Corporate Broking.

Established in 1947 by the late Maurice Smither, Needham Chalks specialises in quarrying, processing and merchanting chalks, primarily for agricultural liming.  In the 1980s the business was taken over by his son, David.  Building on Maurice’s success, the business benefitted from further growth and progressively developed a number of quarries across East Anglia.  It is now the largest producer of quarried agricultural chalks in the region and at sale had reserves of around 2.5 million tonnes.  It has also established itself as the country’s largest supplier of knapped flints for the building trade, primarily sourced from its two Norfolk quarries.

ATLL is the product of two laboratory acquisitions by the Smither family, the first being Gooch Garforth in 1995 and subsequently Essex based Alliance Technical Laboratories in 2004, from which the combined business takes its name.  ATLL is now the leading independent contract analytical laboratory in East Anglia.  The laboratory comprises two individually accredited divisions – Chemistry and Microbiology – running a wide range of testing with particular specialisms in food, water & effluent, soil & compost, environmental and industrial markets.

In April 2011 David Smither, who was the major shareholder and Managing Director of the group, tragically died in an accident.  Paul McCartney, who at the time of David’s death was part-time Finance Director, was appointed Group Chief Executive.  Despite the adversity brought about by David’s loss, the businesses have continued to go from strength to strength as key personnel pulled together to manage all aspects of the businesses on behalf of the shareholders.

David’s passing marked the end of a 64 year period of hands-on management by the Smither family.  With no remaining family members working in the business, the shareholders decided to seek new owners for their businesses and instructed Paul to explore options.

In July 2011 Paul was introduced to Robert Fiske and Peter Watson, directors at Prism Corporate Broking, specialists in advising clients on buying and selling businesses.  Prior to marketing the business, Prism undertook a considerable amount of work in order to fully familiarise themselves with both businesses, prepare sale documentation and research potential acquirers.  The team at Prism started marketing the businesses in April 2012.

“At the outset we were running two discrete sales processes, fully anticipating the two businesses would go to separate buyers, being that they are quite distinct operations”, commented Robert Fiske from Prism.  “Indeed, the majority of interest – and offers – for both businesses did come from related sectors”, he continued.  “Whilst we had identified obvious synergies between HAM and the chalks business, their interest in the laboratory as well proved especially compelling to our clients”.

Founded in 1980, the acquirer HAM is known as one of the leading and most respected independent arable merchants in the country, providing farmers with high quality advice and service in the four key areas of agrochemicals, fertilisers, grain and seeds.  In their last financial year they reported a turnover of over £68m.  By making these acquisitions, HAM adds additional lines to their service offering as well as a highly capable farm sales team, not to mention a considerable number of loyal customers.

Paul McCartney comments, “This has been a bit of a whirlwind time for all of us following the sudden death of David.  However we certainly chose the right people to help us through it.  Peter and Robert at Prism proved their experience.  They took everything in their stride, provided continual support and advice, and marketed the businesses in the right areas to attract appropriate candidates.  They also negotiated a deal structure that ticked the boxes for all concerned.  It’s also reassuring for David’s family to know that the businesses are now in the right hands for them to further flourish in the future.”

Peter Watson from Prism Corporate Broking adds, “It’s not every day that we come across a number of quarries to sell, however we are delighted with the outcome.  Although this had been highly complex sale it did run smoothly, helped largely by the considerable amount of preparation Paul McCartney made for the sale.  He and his team tidied up loose ends to ensure the business could stand up to the rigorous due diligence process.  In situations such as this where you have a long-standing company (founded in 1947) with substantial and unusual properties, there are inevitably an enormous range of factors that need to be checked.  The businesses were also part of a group structure with two separate holding companies – this merely added another dimension to for us all to contend with.”

Peter adds, “It just goes to show that taking the time and effort to get a business in the right shape for sale helps to facilitate a much smoother process, both at the marketing stage and throughout formal due diligence.  The deal process was aided by the considerable cooperation and input of our clients’ legal team at Birketts, led by James Austin with James Dinwiddy dealing with the property side, and Sue Gull and Jason Fayers at Scrutton Bland providing taxation advice.  We’re excited about this deal and are delighted to unite two – sorry, three(!) – well respected East Anglian businesses.” 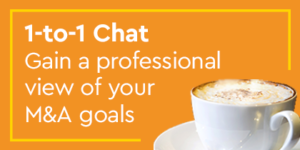 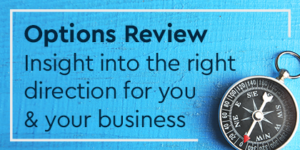